For the whole summer I have been running while listening to  a podcast called Couch to 5K.  I am half way to my goal which is 5K and I know that is probably hardly anything for some of you...but for me, it is a marathon.  I am going to sign up for our local "Run for  a Cure" in October.  I am doing this because I don't know what else to do.  And nothing I can do will make a difference to my friend Matt.
Most of you know I finished graduate school recently.  It was my biggest dream ever to go to BYU -- and do my master's in Clinical Social Work.  It meant a lot of sacrifice for my children as well as my husband.  I had been telling people I was going for years, like 7 or 8, and so often that my husband told me once that he didn't think I should tell people anymore...but I did it.  But, not without the help of some friends.  Who were a blessing to me because let's face it, me in graduate school? I didn't really know what I was doing except I was in the social work program, and social workers do when they need to. So many took me under their wing and helped me learn from them what I needed to know.  So, I graduated from my program because of my classmates.  As you know, when in grad school. one basically lives with your cohorts for 8 hours (sometimes longer, some days shorter)  a day for 2 years. Here are a few of my friends one day when we were studying at the library: 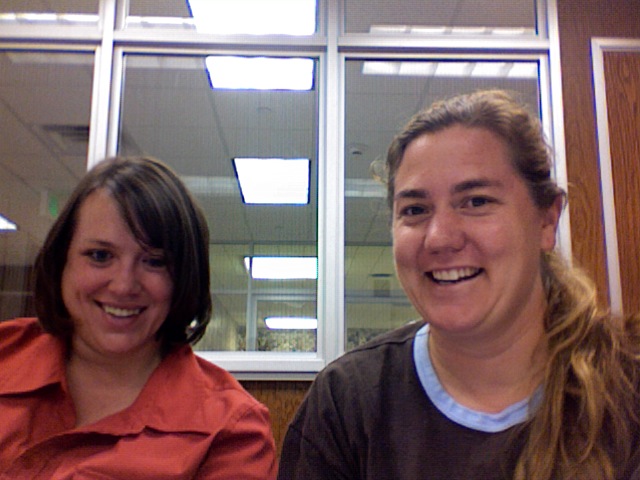 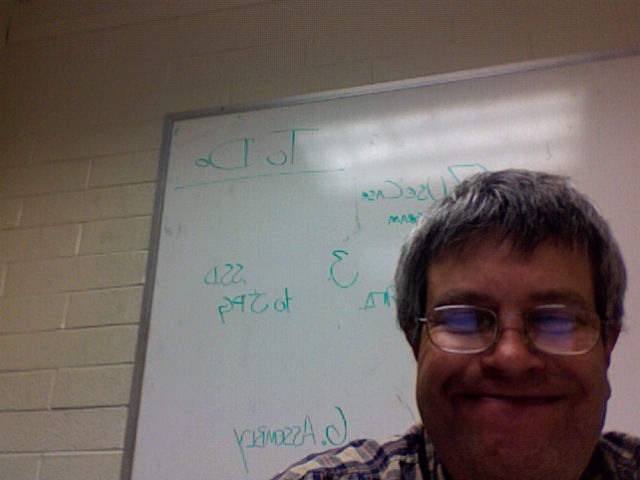 This last picture is Matt.    He has been battling cancer now for the past year.  He emailed me recently and told me that he has been transferred to his hospice doctor.
Matt was one of the first persons I met at the student orientation on the first days of graduate school.  He came over and offered to help me take pictures of the new students.  I was pretty nervous, being a "non-traditional" student (i.e. over the age of 25) and had some insecurities about that.  Luckily, there were others of us, including Matt, Laurie, Terri and Sandra.  Plus, those who were not "older" treated us with respect, included us-- we had an incredible group of 40 students.  We helped each other, we studied together, we shared notes, food, money, etc.
About two months into the program, my father died.   I left for BYU thinking I could complete two years and return and my Dad, who had lung cancer, would still be there for me.  I was in denial.  And when he died, I was so far away and I didn't come home.  It took everything to get to BYU and I didn't want to leave my family... Maybe some say I was goal oriented, it was more denial.  In the process, I had friends offer to pay my way, bring me a beautiful boquet of flowers, books, notes... and then there was Matt.  Matt helped me process what I was feeling.  He listened and he supported me.  He shared so very personal experiences he had with his own father's death.
Matt was an example to me.  He never allowed us to study alone or if we did, he made sure door were open and people were around, he was mindful of his beautiful wife who often would be with us-- he and Cindy are incredible people and they showed how much they loved each other. But we did study... we studied and crammed for hours and hours and hours. In the midst of our study, we also talked about life and what our dreams were after grad school.  I kind of hoped that after we all did our two years of apprenticeship, that Matt , Terri, Sandra, Penny, Laurie and I would open our own private practice together -- Matt knew the business end of things and could manage it, but also had a passion for social work.
So, we graduated and all went different ways.  Matt accepted a position in Nevada, bought a piece of property and flies his glider planes from that property.  And was diagnosed with pancreas cancer.

I wish I had been there for him all the way along his journey.  I haven't.  I recently emailed him and found out he has 4-6 months left.  I have spent the last week trying to make sense of it in my mind.
Matt made things safe for me at grad school.  I could have never learned or experienced what I did without him there.  And now I don't know what to do, and in fact, know that inevitably I will have Matt  will leave like my father did.
And so I run...
the rythmn of my feet on the pavement speak to me when nothing else makes else,
and I try to figure out what could be different,
how we need to find a cure,
but mostly, how much I will miss my friend, Matt.